Delve into the history of Ancient Egypt with this complete tour of Luxor. Visit the temples of Luxor and Karnak, the Valley of the Kings and Queens, the Colossi of Memnon, and the Temple of Hatshepsut. 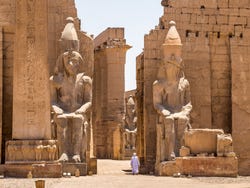 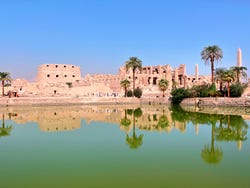 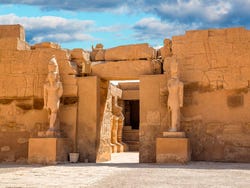 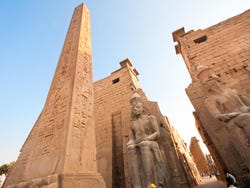 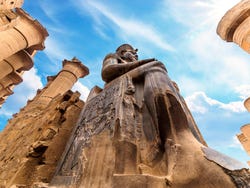 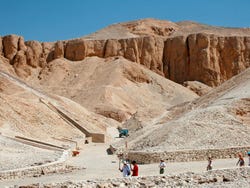 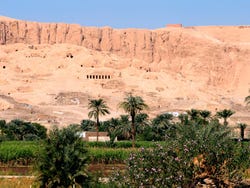 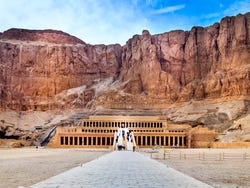 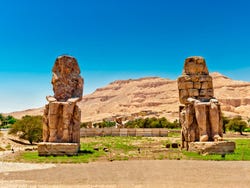 At 6:30 am, we'll pick you up from your hotel or boat in Luxor and start our complete tour of one of Egypt's top destinations on the banks of the Nile River.

First, we'll visit the Temple of Luxor, a hugely important site in ancient Thebes now declared a UNESCO World Heritage Site. We'll visit the main structures in this outstanding archaeological site, including the Avenue of the Sphinxes, the forest of columns, and the great sculptures of Egyptian pharaohs such as Ramses II.

The next stop is Karnak, the largest temple in Ancient Egypt. In this great monumental complex, which housed the spectacular sanctuary of Amun, we'll get to look closely at the details inscribed on the obelisks of Thutmose I and Hatshepsut. We'll also enter the hypostyle hall, one of the most sacred places in the temple.

After visiting the temple of Karnak, we'll cross to the other side of the Nile River. There, the Valley of the Kings awaits us, home to the tombs of pharaohs such as Tutankhamun and Ramses II. We'll hear all about the ancient burial rites in the area, as well as visiting the Valley of the Queens to see the burial places of the princesses and wives of the pharaohs of the New Empire.

We'll continue the tour at the Temple of Hatshepsut, known as "the sublime of the sublime". This grandiose monument was dedicated to the only woman who ruled Egypt during the 18th Dynasty, the the Pharaonic civilisation's period of greatest splendour. Finally, we'll head to the Colossi of Memnon to admire these two enormous statues that represent the pharaoh Amenhotep III.

At the end of our complete guided tour, at 2 pm we'll return to your hotel or boat in Luxor.

Pick up and drop off at hotel or boat.

Transport by minibus or bus.

7% discount on the official ticket price.

8.30 / 10 366 reviews
A trip to Egypt would not be complete without a cruise on the Nile, an experience sure to stay with you forever. Here we'll visit the most important temples in the country.
€ 279
Book
like

8 / 10 2 reviews
​Embark on a journey to the past sure to leave you gobsmacked, with this light and show sound, projected onto the Karnak temple.
€ 44
Book
like

8 / 10 14 reviews
Float over the thousand-year-old Luxor temples as the sun rises, allowing you to get a bird's eye view of these majestic remains of the time of the pharaohs.
€ 94
Book