On this submarine tour in Hurghada, we'll enjoy the depths of the Red Sea. The coastline of this Egyptian city is home to a rich variety of fish and beautiful reefs. Ready to explore the world under the sea? 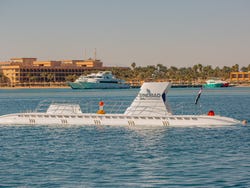 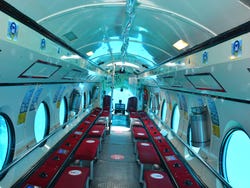 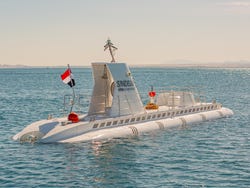 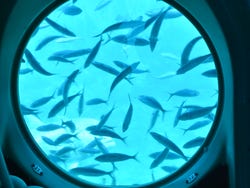 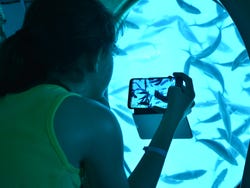 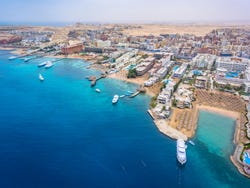 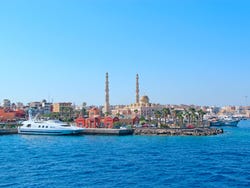 At the selected time, we'll pick you up from your hotel in Hurghada and take you to the port of this Egyptian city. At the pier, you'll board the submarine Sindbad to explore the depths of the Red Sea. Are you ready for this amazing adventure?

During this tour along the coast of Hurghada, you'll enjoy several commentaries recorded in English giving you a better understanding of the marine wildlife that inhabits this area of northeastern Africa. The submarine also has large panoramic windows offering magnificent views of the fish.

While you enjoy the tour, which also includes a soft drink, you can get close to the many portholes on the submarine to film and photograph the seabed of the Red Sea from these windows. The colorful coral reefs, considered one of the most beautiful in the world, are sure to catch your eye.

Among the many animals living in the Red Sea, we can find the lionfish, the black-spotted butterflyfish, and the scarlet frogfish. However, there're plenty of other species that you can also discover during this journey underwater.

Finally, the submarine ride will end back at the departure dock. From there, we'll drop you off at your hotel in Hurghada, arriving two hours after the pick-up time.

The activity takes place with recorded commentary in in English.

Hotel pick up and drop off

You can book up until 24 hours before the activity as long as there are still places. Book now to guarantee your spot.

Free! Free cancellation up to 24 hours before the activity starts. If you cancel under this time or do not show up, you will not be refunded.
like

Make the most of your time in Egypt discovering one of the most fun areas on the Red Sea on this boat trip to Orange Bay: enjoy snorkelling and other unforgettable water sports!

8 / 10 8 reviews
Be seduced by the exotic Red Sea, contemplating the coral reefs and the colourful fish of Giftun Island, one of the best snorkel spots in Egypt.
€ 30
Book