On this tour we'll explore the historic centre of Cairo, touring its must-see locations: the Cairo Citadel, the Mohamed Ali Mosque, the Khan el-Khalili market, and the Egyptian Museum, where the tomb of Tutankhamun can be found. 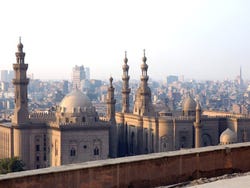 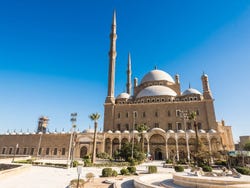 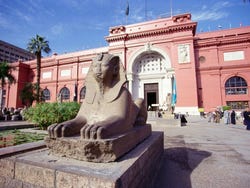 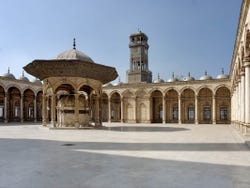 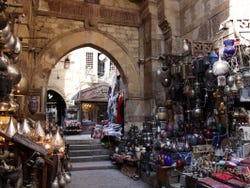 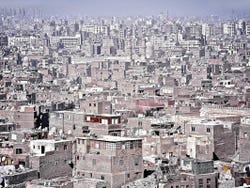 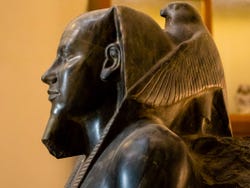 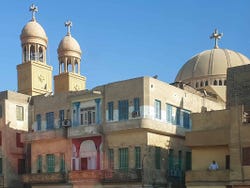 Having picked you up from your hotel in Cairo between 7:30 am and 7:45 am, we'll make our way to the historic centre of the largest city in Africa.

Our first stop will be the Cairo Citadel, an enormous medieval fortress which has become the best known non-ancient monument in the city. Inside we'll take a look at the beautifully decorated Mohamed Ali mosque, known as the alabaster mosque for the soft white stone from which it is built.

Leaving the fortress behind, we'll make our way to the Khan el-Khalili market, the most famous in Cairo, and whose labyrinthine streets are like a real open air museum. Khan el-Khalili is the perfect place to buy souvenirs and reproductions of objects from ancient Egypt.

We'll stop to eat after visiting the market, with a menu including various salads and a main course accompanied by rice and vegetables. And for dessert, a refreshing fruit salad.

In the evening we'll dedicate three hours to the Egyptian Museum, the most important museum not just in the country, but perhaps in the world. Here you can find the masterworks of the ancient period, and the star attraction the legendary treasures of Tutankhamun.

We'll pass through Coptic Cairo, one of the most unique neighbourhoods in the city, visiting Al-Muallaqa, better known as the hanging church, constructed as it was upon the ruins of the tower of Babylon. Then nearby we'll see the Ben Ezra Synagogue, found where it was thought the baby Moses was found thousands of years ago. Then to finish, we'll head to the church of Saints Sergius and Bacchus also known as the cave church, where the holy family were hidden after fleeing to Egypt.

This unforgettable sightseeing experience will end back at your hotel at around 4 pm, having discovered the most important places of interest in Cairo.

Transport by bus or minibus.

Entry to all the listed attractions.

Entry to the mummy hall in the Egyptian Museum.

You can book up until 24 hours before the activity as long as there are still places. Book now to guarantee your spot.

The tour guide is very friendly. The representative person is very helpful

I travelled with small children
8

The tour took us to a lot of different places with a small group which made it easy to go around. The tour guide spoke very well and was able to give us a lot of information, however, it did feel like he was trying to rush us through a lot and tried to make it shorter by changing the itinerary and having us go to the museum first and then lunch which by 11:30 it would have been a very quick tour of the museum. Don't be shy to question their actions and request to change it as I did