On this tour, we'll visit three very different temples, from the Roman era Kalabasha, to mausoleums carved from the rock such as Beit El-Wali, from the time of Ramses II. 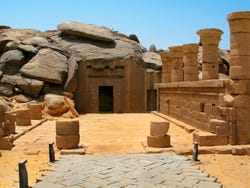 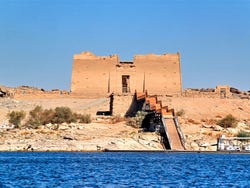 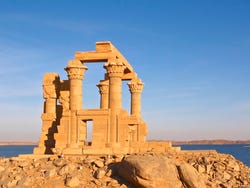 Having picked you up at your boat or hotel first thing in the morning, we'll hit the road southwards to the Aswan dam, found 13 miles from the city.

Our first stop will be the Kalabsha temple, in homage to Mandulis, the Nubian Sun God similar to the Egyptian Horus. The temple was built during the Roman period, around 30 A.D. and at 76 metres long and 22 wide it too was moved to make way for the Aswan dam.

The next stop is Beit el-Wali, a little temple from the time of Ramses II, which was excavated in the rock and dedicated to Amon-Ra. It boasts a patio decorated with scenes from the military campaigns of Ramses II against the Lybians, Asians, Ethiopians, and the Kingdom of Kush.

The last temple we'll visit is the Kiosk of Qertassi, dedicated to Isis, with its main entrance flanked by two columns, presided over by the head of the Goddess Hathor. This temple was also moved for the Aswan dam.

Then after the tour, we'll take you back to the boat or hotel where you're staying.

7.90 / 10 449 reviews
No trip to Egypt would be complete without a cruise on the Nile, the most memorable experience on a memorable trip. This 3 day cruise goes from Aswan to Luxor.
US$ 270.20
Book
like

8.10 / 10 154 reviews
On this excursion we'll visit the astonishing temples of Abu Simbel, the only monuments in Egypt that can hold a candle to the grandiosity of the three pyramids of Giza.
US$ 83.30
Book
like