Based on the success of the 1902 Low Dam, the Aswan High Dam was constructed to alleviate the annual floods and occasional droughts that could bring destruction to the country's agriculture. It has been extremely successful, controlling the floods and storing water for later years when needed; as well as providing a huge amount of power via the hydroelectricity plant.

The dam's construction created the enormous Lake Nasser. At 550 km (340 miles) in length, 35 km (22 miles) in width and with an area of 5,250 square km (2,030 square miles) of water, it is one of the largest man-made lakes in the world. The area flooded to build the dam and the lake involved the resettlement of more than 90,000 people and the moving of 22 monuments and architectural complexes including the Abu Simbel and Philae temples.

Using 12 generators, the hydroelectric power station of the High Dam produces over 10,000 GWh per year. When it was first built, it provided over half of the electricity to power the whole of Egypt and gave a number of villages electricity for the very first time.

The Low Dam in Aswan was equally impressive when it was first built by the British at the end of the 19th century; nothing of its scale had ever been attempted before. While it worked successfully for many years, it didn't meet the nation's growing needs, and the High Dam was thus designed.

However, this was not the first attempt to dam the Nile. The earliest record of plans for a dam is from the 11th century. Ordered by Fatimid Caliph Al-Hakim to control the Nile's flooding, the engineer Ibn al-Haytham panicked after deciding that it wasn't possible to do so, and feigned madness to avoid the Caliph's anger!

Visits to Aswan High Dam take you across the road that stretches along the top, where you'll stop in a car park about half way along to take in the impressive views over both sides. It isn't possible to enter the dam or to visit the turbine room.

While most people probably wouldn't deem it a must-visit on its own, the Aswan Dam makes an interesting stop on guided tours of the ancient monuments in the area, for example on our Day Trip to the Aswan Dam, Philae Temple and the Unfinished Obelisk. 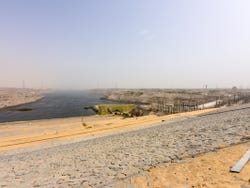 Most people visit as part of a combination guided tour from Aswan.

Old Cairo What to do 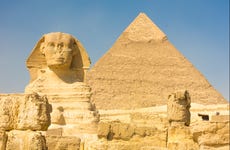 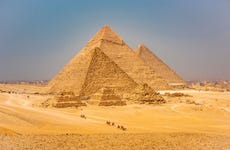 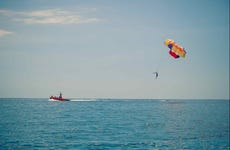